Westfjords is a rather remote area compared to the Capital Region and various other parts of the country. Westfjords rely on outside help when patients and injured people need to be transported to the state hospital in Reykjavík, because there is a limit to what can be done locally.

When patients need to be transported to Reykjavík from Ísafjörður, they are usually sent by plane. Due to the difficult landing conditions, a lot has to go right for the medical flight to be successful. The wind must be in the right direction and it must not be too windy. If a regular medical plane cannot land, it is often resorted to to get the Coast Guard’s medical helicopter to pick up patients, because the helicopter can handle the demanding conditions better. But if the weather and visibility are very bad, the helicopter may not be able to land, and therefore lives will be in danger.

A true miracle happened in the Westfjords last Friday evening. The helicopter was called out to pick up a sick man in Isafjordur Town. The wind was very strong and the wind direction was unfavorable for approach and visibility was poor. The helicopter therefore landed first near Bolungarvík. Due to the patient’s condition, it was not possible to transfer him to Bolungarvík. Helicopter pilots and aircrew performed a real feat when they flew the helicopter backwards along the entire Skutulsfjörður where Isafjordur Town is and landed at the airport. The patient was taken to Reykjavík and doctors say that it saved his life. Although the skill of the pilots and flight mechanics determined the success of this, I believe that it was a real miracle.

And why do I think this is a miracle. I think this story is so amazing in so many ways. I look over Skutulsfjörður every day and often watch planes and helicopters land and take off from the airport. In this narrow fjord, I admire these pilots who can perform these operations in reasonably good weather. But on Friday night the weather was really bad. Looking out the window and imagining the helicopter flying backwards at a height of 100 meters between mountains, over the houses of Isafjordur Town, in dark and crazy weather is almost unimaginable. I will continue to think of this incident and these professionals every time I watch air traffic from my window where I sit writing this post.

The feature photo is of Coast Guard’s helicopter practicing in good weather in Skutulsfjörður with the airport in the background. 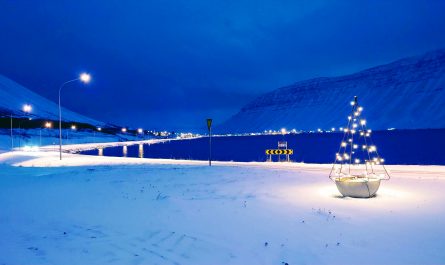 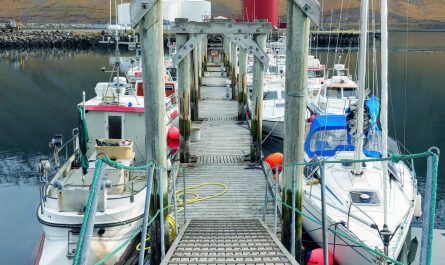