Renting a car and driving around Iceland is a common way for tourists to get around. They can also take their own cars across the country on a ferry from Europe. Whichever route you take in Iceland, we would like to point out that there are six ring roads or routes available, each of which has a lot to offer in terms of geography, wildlife, and culture.

Iceland’s Ring Road, also known as Route 1, is a national road that encircles the island of Iceland. It is about 1,332 km (828 mi) in length and connects most of the country’s inhabited areas. The road is paved and generally well-maintained, but can be challenging to drive on during the winter months due to snow and ice. It is a popular route for tourists because it leads to many of Iceland’s natural attractions, like glaciers, waterfalls, and hot springs.

It is rather easy to drive the Ring Road in the summer. However, when wind and water mix in the summer, bad conditions can occur. The area under Eyjafjallajökull and Vatnajökull is a good example of this. When driving in Iceland, it’s important to be well-prepared and check the traffic and weather information as well as the Safe Travel Driving website.

The Westfjords Way is a route that will take you across the Westfjords region of Iceland and will be around 950 kilometers long. Iceland’s Westfjords are known for their harsh and unique wilderness, fjords, and beautiful views. This region is quite remote and has a very low population density. The journey begins in the village of Búðardalur and leads you through a range of scenery, including steep mountain passes, jagged coastlines, and quaint fishing villages. You will also pass through Ísafjörður Town, the Westfjords’ largest settlement.

You will have the opportunity to view some of the Westfjords’ most well-known attractions as you travel through the region, including the Látrabjarg bird cliffs, the Dynjandi waterfall, and the red sands of Rauðisandur, to name just a few. The Westfjords Way is an excellent route to take if you want to get a feel for Iceland’s culture and its natural landscapes in their natural state. It is very different than the south of Iceland, but if you want to know all of Iceland, the Westfjords are a must-see.

Because the roads are not completely paved and because driving in the Westfjords during the winter months might be difficult, it is recommended that you have a four-wheel-drive car.

In the far north of Iceland, near the Arctic Circle, there is a route known as the Arctic Coast Way that takes travelers along some beautiful coastal scenery. It is a route that goes partly along the Ring Road (Route 1) and gives access to some of the most remote and untouched places in Iceland. The Þingeyjarsveit district and the Vatnajökull National Park are among these locations. The Arctic Coast Way is well-known for the rugged and wild landscapes it passes through, as well as the lonely coastal settlements and chances for activities such as fishing, bird watching, and other outdoor pursuits. Because the road is not completely paved and because driving on it during the winter months might be difficult, it is recommended that you have a four-wheel-drive car.

The Diamond Circle is a route in the north of Iceland that visitors can follow to see some of the most breathtaking natural beauties that the country has to offer. The Diamond Circle is a well-known self-driving circuit that may be completed in one or two days, including stops, depending on the amount of time you wish to spend at each destination along the way. A guided tour is another option. It gives tourists the opportunity to learn about the culture, history, and stunning natural scenery of northern Iceland throughout the course of a single vacation.

The journey is around 250 kilometers long and requires approximately 4-5 hours to complete if there are no stops. It is a route that travels in a circle, beginning and ending in the town of Akureyri, and taking tourists to a number of the region’s most popular destinations, including the following:

The Golden Circle is a popular tourist route in Iceland that brings travelers to some of the most well-known natural sites in the country during their stay. The trip is about 230 kilometers long and takes about three hours if there are no stops along the way. Here are the three main places of interest that are usually part of the Golden Circle:

You have the option of driving yourself around the Golden Circle or going on a guided tour of the area. It is a popular day trip from Reykjavik, and it gives visitors the opportunity to view some of the most well-known and breathtaking natural beauties Iceland has to offer in a relatively short amount of time.

There is a peninsula in the western part of Iceland known as the Snaefellsnes Peninsula. It is well-known for the variety of scenery that it has, which includes glaciers, beaches, mountains, and volcanic craters. On the peninsula is where you’ll find the Snfellsjokull glacier, which is mentioned in “Journey to the Center of the Earth” by Jules Verne.

In addition to that, it encompasses the Snæfellsnes National Park, which has a number of different hiking paths and is home to a wide variety of plant and animal species. Additionally, the park features hiking paths and other chances for outdoor activities, such as opportunities to view wildlife and birds. The park is a popular tourist attraction and provides guests with the opportunity to see the breathtaking natural scenery that is distinctive to Iceland. Hiking, skiing, and animal watching are just some of the activities that can be enjoyed in this area, which makes it a favorite destination for tourists.

You could drive all the way around the Snaefellsnes Peninsula in a few hours if you didn’t stop, but it is highly recommended that you give yourself enough time to see this beautiful area. 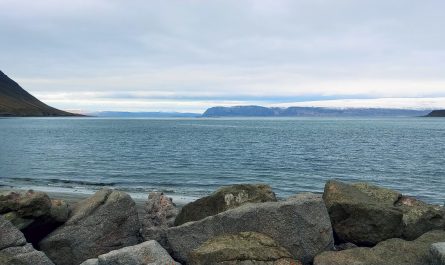 Winter is Just Around the Corner 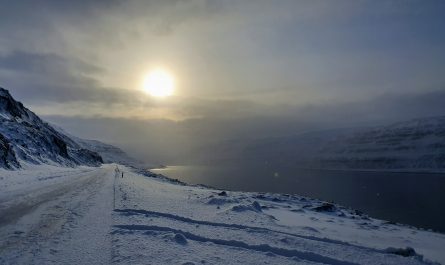 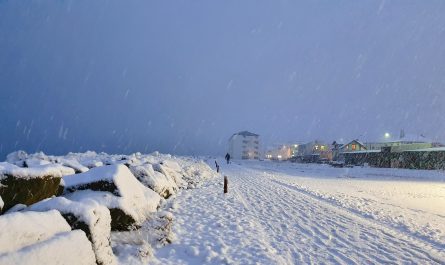