Sometimes, solitude is important. It is priceless to be able to go somewhere in nature and be by yourself, with your own thoughts and emotions. Yesterday I had moments of solitude with the beautiful Westfjords’ nature.

It was a beautiful day outside. Several degrees and almost calm. Occasionally, you could catch a glimpse of the sun as it was setting behind the hills and mountains. As they were reflected in the stunning Westfjords, the last rays of the day were magical.

The first stop was at Dýrafjörður’s beach, which is widely regarded as one of the Westfjords’ most stunning fjords. The fjord’s mountain ring is unusual, with the mountain Mýrarfell and the so-called Westfjords Alps being the most notable features. At its peak, Kaldbakur is the tallest mountain in the Westfjords. The mountains and the sky were reflected in the water and ponds deep in the fjord. It was a private presentation by nature for me. It’s a memory I carry with me to relive in troubling times.

The Dynjandi waterfall in Arnarfjörður was the next stop. Arnarfjörður, which, like Dýrafjörður, is regarded as one of the most beautiful fjords in the country, is relatively large, with a gorgeous mountain range, and is easily accessible by car from Dýrafjörður by way of the new tunnel. My only company at the Dynjandi waterfall was the thunderous roar of this majestic waterfall, which is, in my opinion, the most magnificent in the country. There weren’t as many tourists in the area as I had anticipated. It is always amazing to watch the waterfall burst over the edge of the cliffs from below.

I also made my way to the shore, where I enjoyed seeing the sun’s final rays fall over the serene Dynjandisvogur. Once more, I enjoyed a moment of solitude with nature. A moment I will remember forever.

On the way back, I stopped in Önundarfjörður and watched the mountains reflected magnificently in the calm sea. In its ease and clarity, the Westfjords’ nature and landscape hugged me with unique beauty and helped me see the beauty and the good in moments that will last forever.

Experience with me the moments of solitude in the photo gallery below. Click on any photo to start a full-screen slideshow.

The Icelandic Hut On The Heath In The Westfjords 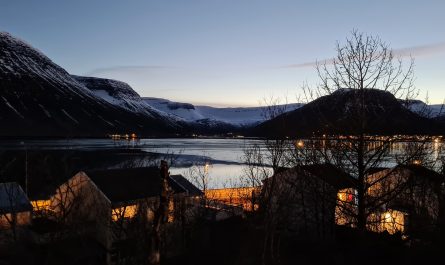 A Different Christmas In The Westfjords 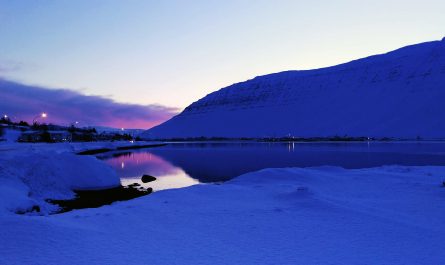