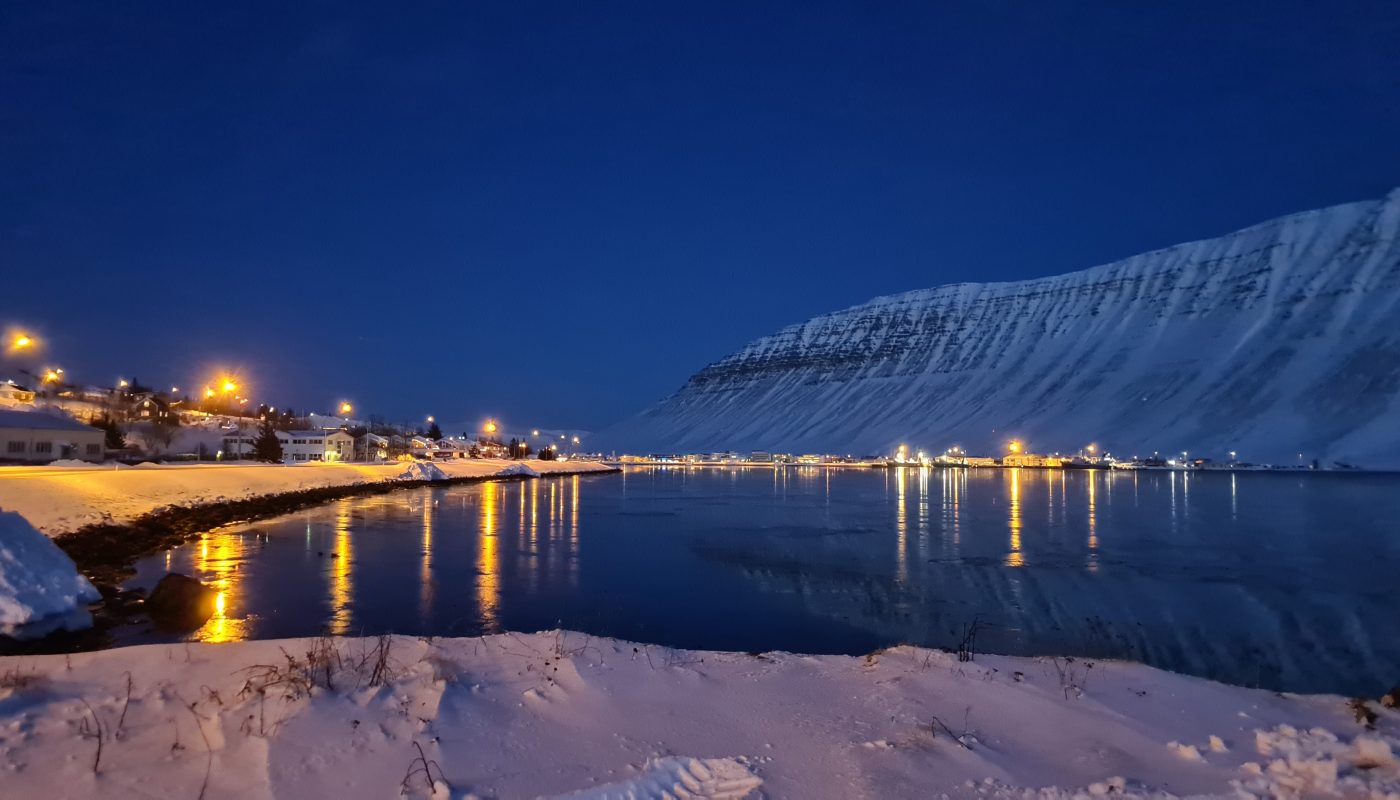 There has been a lot of snow in Ísafjörður in recent days. Therefore, it was absolutely wonderful to have a bright day with accompanying calm.

By the harbor, the boats lay calmest as if nothing had happened. The oldest Icelandic patrol ship lies there as if nothing had happened and is well on its way to being submerged in snow. The ship is called Maria Julia and after its role as a patrol vessel ended, it was used for fishing. It is not clear if it will be rebuilt because it costs a lot of money. But meanwhile the ship lies at the pier and collects sea and even something more.

All over town, machines were shoveling away the snow. The town center of Ísafjörður is difficult to deal with when it snows a lot. It is a lot of work to get the snow away and as you can see in the pictures it was impassable. I could not resist the temptation to go to my favorite place and take some pictures. This is a tiny sandbar that runs along the sea street in Ísafjörður. There is an old pier that was previously used to pump sand or cement ashore. A lot of ironworks had now been installed, which hopefully will not be long. I’m enclose the picture of the wire fence anyway.

It’s a good feeling to breathe in the fresh air after the storm of the last few days and listen to the crackling footsteps in the freshly fallen snow. As the day lengthens, the days get brighter and brighter. It’s going to snow more this winter and spring is still a long way off. Until then, you can breathe in and enjoy the magnificent interplay of daylight, freshly fallen snow and the grandeur of the Westfjords mountains. 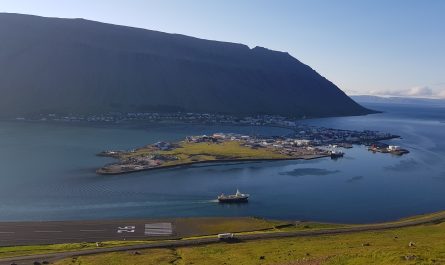 Photo Gallery Of Isafjordur Iceland: One Of Europe’s Most Beautiful Small Towns 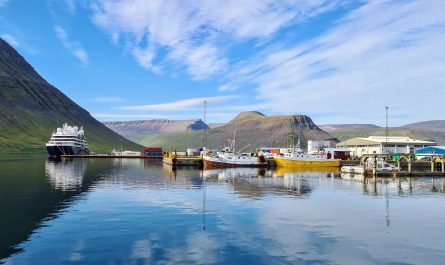 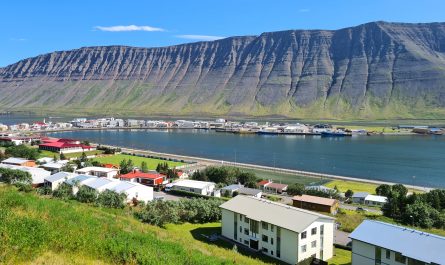